Would you prefer to watch the video, instead of reading the review? CLICK HERE

GOODREADS DESCRIPTION:
Counting enables Andrew Strong to see the future. He has to be careful though as changing the future can get people killed. He decides to ask a psychiatrist for help but has to save his life first and convince him that his abilities are real. Even with help, it’s hard to stop a kidnapping and break up a Miami Street gang while you’re falling in love.

WRITING (★★): I love reading. I love supporting self-published authors. I love a captivating story that draws me in… or at least a story that intrigues me. This one did that, which is why I was able to overlook the obvious lack of editing. However, because it was so obvious, I couldn’t give the writing anything higher than a 2-star rating.

I double checked the copyright page, wanting to make sure I was correct, and no editor was listed. It’s sad, because so many readers will put a book down faster than they pick them up, if there are too many editing issues in the first chapter. This story, as you will read next, was very interesting, but the constant grammar issues and incorrectly used words was very distracting.

These are simple mistakes that could have been fixed by the use of an editor. As a self-published author, I know the importance of utilizing beta readers and a professional – PAID – editor before publication. I’m an author, my passion is in the written word… telling my story… and seeing where my characters take me. I am not an editor, which I’m sure if you’ve read enough of my blog posts you can tell. However, that is why all of my books go through extensive rounds of beta-reader edits as well as multiple rounds of professional editing.

My suggestion to Mr. Lee would be, “get this book professionally edited then, republish with a new cover.”

STORY (★★★★): I probably would not have picked this book up if I saw it in the bookstore. The fact that it isn’t available in bookstores, or anywhere I could find online, would make it hard to pick up anyway. However, if I did see it, I can say, I wouldn’t have bought it. The cover alone turned me off, but I’ll get to that later.

The first grammar error I noticed was on the back cover, not a great sign. However, a friend loaned me the book and said she really enjoyed it. She knew the author and wanted to know if I wanted to read it. Since I love reading, I said sure. I pushed aside the grammatical issues and just focused on the storyline. I won’t lie, it’s intriguing. The author is able to weave together a number of small plots very well. He brings characters together at just the right moments and ties them into the main story in a pretty seamless way. Once I got into the story, I was invested in knowing where it was going and what would happen next. Andrew’s ability to count things and see the future was exciting and somewhat daunting at the same time.

There were times when the story seemed to drag on, giving a bit too much exposition. However, in the end, it all tied together and as a reader I was thankful for all the extra scenes he plugged in throughout the book that didn’t seem to be necessary at the time I read them. I know, that may seem a bit cryptic, but I really don’t want to give to much away. I think, for the story alone, this book is worth reading. You just have to be prepared to ignore the grammar.

CHARACTERS (★★★★): Lee brings together two very unlikely characters and turns them into fast friends. That part didn’t bother me. I could envision Andrew and Leo as friends. The character development and back story of both Andrew and Leo was well written, although Bob Lee often used dialogue to tell the reader, instead of descriptive language to show the reader what he wanted us to know.

I felt that the book was a bit to dialogue heavy at times and Lee doesn’t always tell you who is talking, so there were times when I lost track and wasn’t sure who said what.

With all that in mind, I have to say he did a wonderful job of fleshing out the character of Andrew Strong. He is a fully developed character with a complete back-story and a consistent attitude throughout the book. There isn’t much growth for any of the characters, but there is conflict throughout and obstacles that they all have to find their way through. 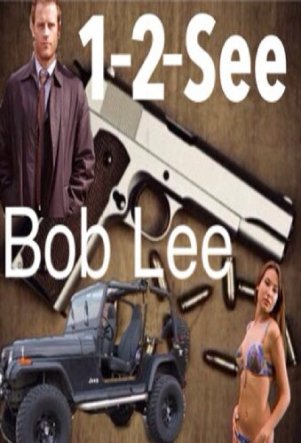 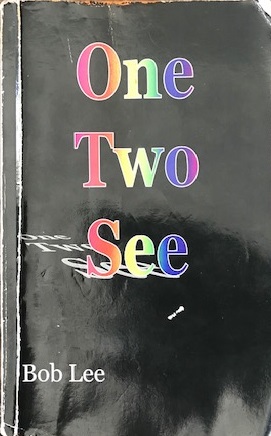 APPEARANCE (★★): There are two titles for this book ‘1-2-See’ and ‘One Two See’. There are also two covers for this book, the one above (on the left) which I found on Amazon and the one on the right, which I read. Neither does the book justice. The one on amazon looks like a child using scissors and glue put it together. The one I have just had no imagination to it.

A novel’s cover is the first impression a reader has of your book, of you. If the cover isn’t appealing, readers will not pick up the book. As an author, I highly recommend hiring a professional cover artist as part of your preparation for publication. There is so much to this story. I feel a real cover artist could have given it a great, eye-catching cover that would have drawing readers to it.