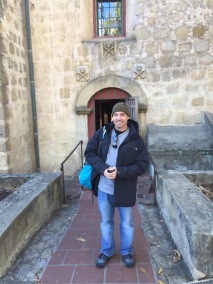 Today, I’d like to welcome Mr. M, author of The Magical Adventures of Brian Leonard to my blog. Please take a few minutes to read about him, and if you have questions, go ahead and comment below so he can get back to you.

1. What is your name and where do you call home?
My name is Mr. M and I live in Woodland Hills, California.

2. What is the name of your most recent book and if you had to sum it up in 20 or fewer words, what would you say?
The Magical Adventures of Brian Leonard is about a middle school boy who takes on the forces of evil. Imagine Buffy The Vampire Slayers and Scooby-Doo mashed together. 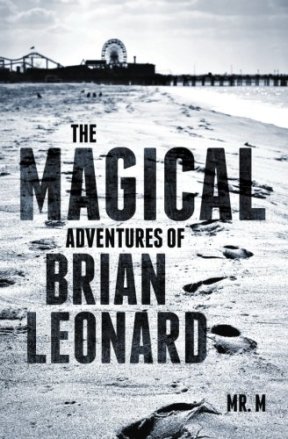 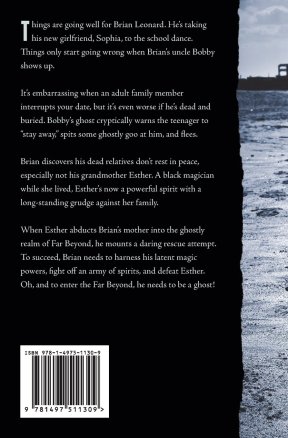 3. What or who inspired you to start writing? And how long have you been writing?
I started writing in college, but I never thought about writing a novel. I mostly wrote short stories. The Magical Adventures of Brian Leonard started as a short story. Brian was a character that I loved writing.

4. Did you listen to any particular songs while writing your book(s)?
YES! At the time I was listening to a band called The Avett Brothers. I always listen to music while I am writing.

5. Do you prefer e-books, paperbacks, hard-covers or audio-books?
Brian is available on Kindle or in paperback. As a reader, I tend to alternate between paperback and reading on the Kindle app. Someone once said that you use a different side of your brain when you read a real book compared to a digital book. I have no idea if this is true, but it sounded like it could be true.

6. Are you a self-published/Indie author?
I am an indie author!

8. Have you ever read a book more than once? And if so what was it?
I have read The Outsiders about 5 times. It gets better every single time I read it.

9. What is your favorite film based on a book?
The Godfather. I mean Mario Puzo is amazing.

10. What is your favorite book genre at the moment?
I have been reading a lot of nonfiction lately. I really enjoyed Coach Wooden and Me by Kareem Abdul Jabbar.

11. If you could invite any four (4) celebrities (alive or dead) to your dinner party, who would you invite and why?
John Ritter was a friend of mine. I would always invite him. I have never met anyone funnier than John. I would most likely have to also invite the showtime Lakers. The Lakers of the 80s were amazing.

12. What’s the best advice that you have been given when it comes to writing?
The best writers are good at rewriting. Stick with a piece long enough and it will get better.

13. Do you have any hobbies that aren’t related to reading & writing?
I love to swim with my kids. I have a great family. I am a really lucky guy. 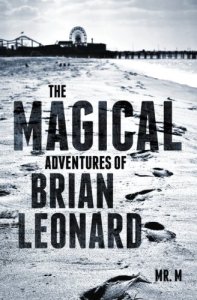 Brian’s just an ordinary teenager, struggling with the usual trials and tribulations of junior high. He’s just started dating Sophia, and he hopes the upcoming school dance will be a memorable event. Unfortunately, he’s right.

Hanging out with Sophia and his best friend, Johnny, Brian’s shocked to see his uncle Bobby at the dance. This isn’t an ordinary case of teenage embarrassment—Bobby’s been dead for years. After warning Brian to stay away and spitting ectoplasmic goo at him and Sophia, Bobby’s spirit flees, pursued by another long-lost uncle named Huck. As dates go, this one sucked.

Brian quickly discovers his spooky encounter was a warning. The spirit of his black-magic-wielding grandmother Esther is restless, and way too active for anyone’s good. Thirsting for revenge on the family that rejected her evil, Esther traps Brian’s mother and Huck in a ghostly dimension, a terrifying place known as the Far Beyond.

To save his mother, Brian’s going to have to enter the Far Beyond, master his dormant spirit powers, battle Esther’s ghostly minions, and defeat the witch herself. Maybe he should have taken Sophia to the movies instead.

About the Author, Mr. M. 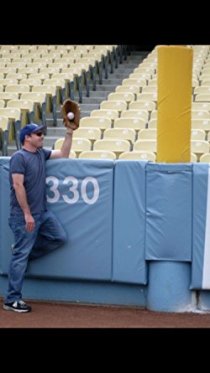 Mr. M graduated from Chapman University with a BFA in Film and Television Production. He received his MFA in screenwriting from the American Film Institute. As a television executive at CBS, UPN, and ABC he worked with writers and producers supervising comedies and dramas for the networks. Some of the shows Mr. M worked on were Boston Legal, Buffy The Vampire Slayer, Girlfriends, Alias, George Lopez, The Hughleys, and the short-lived Invasion. Mr. M was always interested in teaching and decided to make a career change. He attended Pacific Oaks College where he earned a Masters of Human Development and a multi-subject credential. He frequently presents workshops on character education in elementary school. Mr. M lives with his wife, son, and daughter in Los Angeles, California.

I hope you enjoyed learning about Mr. M and that you will pick up a copy of The Magical Adventures of Brian Leonard for yourself.

Have questions for Mr. M? Go ahead and ask them in the comments below so he can get back to you!!!